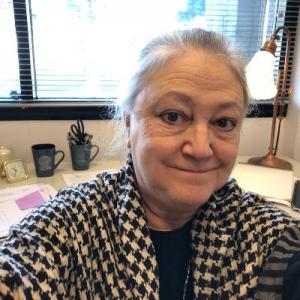 Charlene G. Garfinkle received her Ph.D. in art history in 1996 from the University of California at Santa Barbara and is an Independent Scholar whose research is focused on nineteenth century women artists of the United States and Europe.  She has published articles and book reviews in American Art, Aurora, CAA.Reviews, H-Women/h-net reviews, Stained Glass Quarterly and Woman’s Art Journal, and written essays for American Women’s History: An Encyclopedia (2009), Encyclopedia of World’s Fairs and Expositions (2008), Encyclopedia of Sculpture (2004), Historical Dictionary of the Gilded Age (2003), and American National Biography (1999).  In addition, she was an invited contributor to the Westmont College exhibition catalogue Jean-Baptiste-Camille Corot: The Lady Leslie Ridley-Tree Collection in Context (2013) and to Women Building History: Public Art at the 1893 Columbian Exposition by Wanda M. Corn (2011). Her essay "Charging Bull and The Fearless Girl--A Dialogue" for the anthology Teachable Monuments: Using Public Art to Spark Dialogue and Confront Controversies will be published in spring of 2021. Presentations include the Southeastern College Art Conference, Salve Regina University Conference in Culture and Historic Preservation, the Metropolitan Museum of Art, American Culture Association’s annual meeting, and the Gamble House, Pasadena, Calif., among others.  A former instructor for Santa Barbara City College, she is currently a lecturer at the University of California, Santa Barbara offering courses on all periods and aspects of Colonial American Art and Art of the United States as well as French Impressionism.