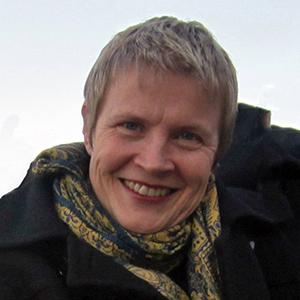 Laurie Monahan specializes in early 20th century European painting and visual culture, with an emphasis on Surrealism and related movements from the 1920s and 1930s.  Her research interests extend into the post-WWII period, with a focus on cultural relations between Europe and the United States, particularly in the 1960s. Her publications include essays on André Masson, Henri Matisse, and photographers Lee Miller and Claude Cahun. She has also published on Robert Rauschenberg and the Venice Biennale of 1964. She is currently finishing a book entitled A Knife into Dreams: André Masson, Massacres, and Surrealism of the 1930s, which addresses the politics of violent and myth and their relationship to French radical politics of the 1930s through Masson’s work. Monahan’s next major project, Kiosk Culture, focuses on French visual culture through Parisian photo-journals and avant-garde publications of the interwar period.

Critical continental theory has been central to Monahan’s methodological approach, and interdisciplinarity is a crucial aspect of her research.  Trained as a social art historian, she received her Masters degree at the University of British Columbia, and her Ph.D. from Harvard University.

Laurie Monahan’s work has established her as a key scholar on André Masson and the “dissident Surrealists “of the 1930s and her research interests address the political and social stakes of French art and photography in the period between the two World Wars.  Her work on issues of violence, identity, and cultural relations between Europe and the United States, is recognized internationally and widely cited.