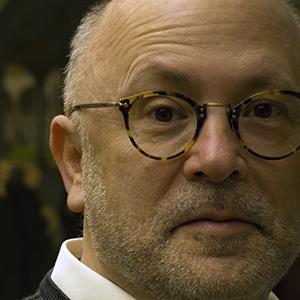 Fall 2020: By appointment via email

After earlier careers as a Baroque oboist, caterer, house painter and music publisher, Professor Meadow became a specialist in Northern Renaissance art and the History and Theory of Museums. His research interests include the relationship of art and rhetoric, early-modern ritual and spectacle, print culture and, most recently, the origins of Kunst- and Wunderkammern and mutable concepts of value in university collections. He is the author of Pieter Bruegel the Elder’s Netherlandish Proverbs and the Practice of Rhetoric (2002) and the editor of volumes on Pieter Bruegel, civic spectacles, and print culture. Mark has also produced translations and critical editions of two important sixteenth-century sources: Symon Andriessoon’s 1550 Duytsche Adagia ofte spreeckwoorden (2003) and, with Bruce Robertson, Samuel Quiccheberg’s 1565 Inscriptiones vel tituli Theatri Amplissimi (2013). He is a co-founder and editorial board member of the book series Proteus: Studies in Identity Formation in Early-Modern Image-Text-Ritual-Habitat, with Brepols Publishers in Belgium.

Professor Meadow is the recipient of the Berlin Prize from the American Academy in Berlin, Germany. His other awards include fellowships and grants from the Kress Foundation, the Mellon Foundation, the Belgian-American Education Foundation, the J. Paul Getty Grant Program, the Delmas Foundation and the Netherlands Organization for Scientific Research. Mark has held research residencies at the Getty Research Institute (pre-doctoral and senior), the University of California Humanities Research Institute, and the Alfried-Krupp-Kolleg in Greifswald, Germany. Between 2006 and 2011, he was Professor (Hoogleraar) for History and Theory of Collections at Leiden University, in addition to his position at UCSB. 107A   Painting in the 15th-Century Netherlands
107B   Painting in the 16th-Century Netherlands
107C   Renaissance Kunst- and Wunderkammern: The First Museums
108MM   Special Topics in Fifteenth and Sixteenth Century Northern European Art: Worlds of Wonder: Early Modern Collections and the Quest for Knowledge
145MC   The University: Microcosm of Knowledge
186E   Seminar in Fifteenth and Sixteenth Century Art of Northern Europe
Topics include: "Pieter Bruegel the Elder"; "Albrecht Dürer"; "Rethinking the Museum"; "Poised between Heaven and Hell: The Art of Hieronymus Bosch"
186V   Seminar: Theory, Method & Historiography: Museum Practices and Techniques