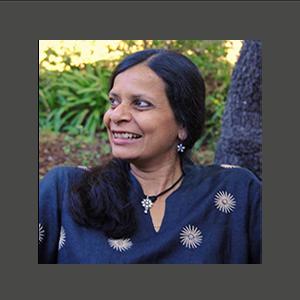 Swati Chattopadhyay is an architect and architectural historian specializing in modern architecture and urbanism, and the cultural landscape of the British empire. Her awards include a Guggenheim Fellowship, three fellowships from the American Institute of Indian Studies, a J. Paul Getty Fellowship, a National Science Foundation Grant, a Fellowship from the Swedish Collegium for Advanced Study, a Distinguished Visiting Fellowship from Queen Mary, University of London, a Birkbeck Institute for the Humanities Fellowship, University of London, and the Society of Architectural Historian's Founder's Award. She is a Founding Editor of PLATFORM, and has served as a director of the Subaltern-Popular Workshop, a University of California Multi-campus Research Group, and as the editor of the Journal of the Society of Architectural Historians (JSAH). She is the author of Representing Calcutta: Modernity, Nationalism, and the Colonial Uncanny (Routledge, 2005; paperback 2006), and Unlearning the City: Infrastructure in a New Optical Field (Minnesota, 2012). She has co-edited two books with Jeremy White: City Halls and Civic Materialism: Towards a Global History of Urban Public Space (Routledge, 2014) and Critical Approaches to Contemporary Architecture (Taylor and Francis, 2019). In 2018 she was named as a Fellow of the Society of Architectural Historians for a lifetime of significant contributions to the field. 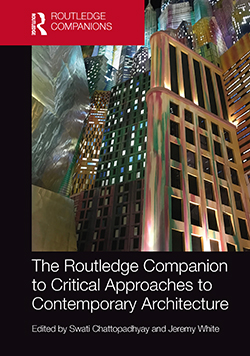